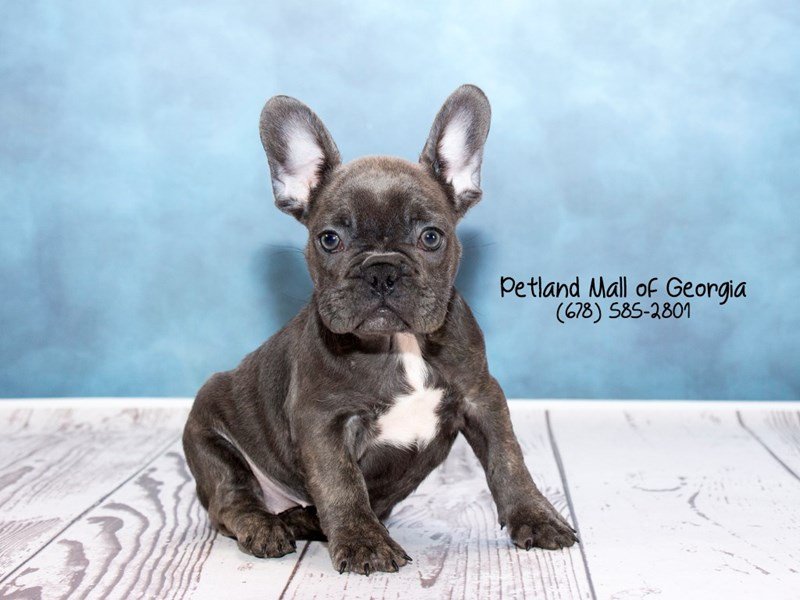 Just come into our store on any given day and you’re sure to find French Bulldogs!

We have such a special affinity for these fat-faced little pup! But let’s say you haven’t made it to our store yet, you’ve certainly seen them and they’re undeniably cute! So you might be familiar with what the breed looks like, however this blog will help you navigate and understand the origins and personalities French Bulldogs!

French bulldogs have their roots actually traced to England and not France. Lace makers in England were drawn to the toy version of the dog and would use the smaller pups as lap warmers while they worked. When the lace industry moved to France, they took their dogs with them. There, the English bulldogs probably bred with terriers to create bouledogues français, or French bulldogs.

Frenchies, as they’re often nicknamed, were bred to be companions. They get along well with other dogs and aren’t big barkers. French Bulldogs don’t require much exercise, so they are fine in small areas and daily strolls.

As we previously mentioned, French Bulldogs aren’t big time barkers, but they do “talk!” Using a complex system of yawns, yips, and gargles, they seemingly speak their own language and we’re here for it! Don’t be surprised if they join you in your own version car karaoke!

French Bulldogs are a brachycephalic breed, meaning they have shorter snouts than other dogs. These smushed faces are simply adorable, however they cause a myriad of breathing problems, making them particularly sensitive to heat. It’s imperative that they’re monitored and not left in hot temperatures for long periods of time.