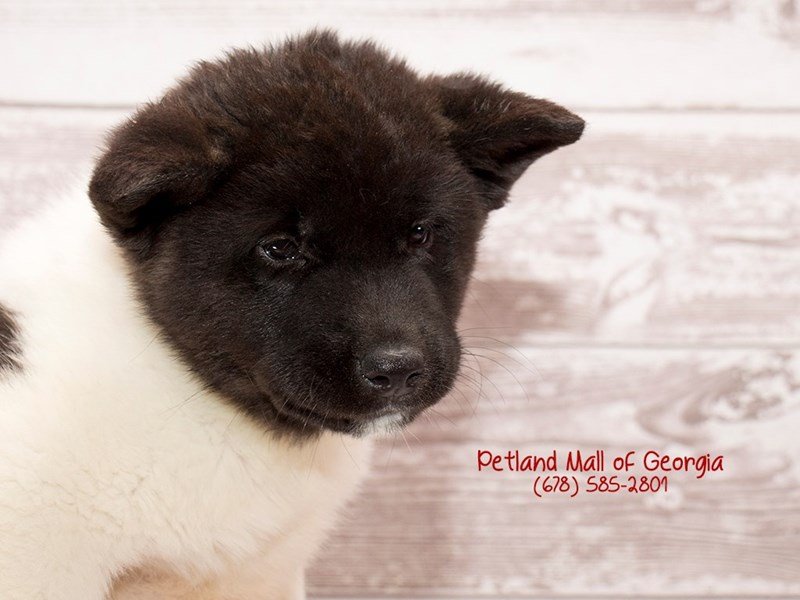 7 Informative and Interesting Facts About Akitas

he Akita is a bold, powerful, and protective dog.

He is extremely devoted to his family and highly respected in Japan. If you’re in the market and looking for Akita puppies for sale in GA, we’ve got the information you need and the puppies you want! Read on to learn more about these fine, fluffy pups.

Rituals and ceremonies were involved to include lavish leashes which doubled as status standings for the Akita puppy and its owner. Did you know that back in the day when kids were born, a Japanese family would be gifted a small statue of an Akita, signifying health, happiness, and a long life? They signified spirituality with the Akita.

Before the Akita received its official breed name, they were commonly referred to as “snow country dogs.” Their thick double coats protected them from the elements. What’s really neat is that their undercoat is thicker, softer, and shorter than the outer coat. Conversely, their outer coat is really straight and harsh and stands kind of “off the body” thus making them waterproof! Furthermore, it helps to keep ice and snow off of the Akita puppy, while keeping it insulated and warm.

Just like the Akita puppies for sale in GA that you’ll find at our store, all other Akita dogs are self-grooming, almost like cats! They shed their coats twice a year, so grooming is necessary and essential for them.

Unfortunately, dog fighting continues to be a popular problem in Japan. Although it’s illegal in major cities like Tokyo, rural areas continue to host fights. Unlike in other countries, dog fighting in Japan is not a fight to the death. The dogs are dressed up in elaborate costumes and outfits and fights are broken up before either dog is fatally wounded.

You may not find Akita puppies for sale in GA with a dedicated museum, but in Japan that’s another story! The beloved and most famous Akita named Hachiko has one in his memory. The Akita Dog Museum in Odate, founded by the Akita Dog Preservation Society, is a celebration of Hachiko and all Akitas. Visitors can peruse documents, art, and other information about Akitas and they’re even greeted by Akitas upon their arrivals.

You’ll find that the Akita puppies for sale in GA are absolutely adorable and stand out in a crowd. Their trademark is the plush, fluffy tail that typically curls over his back. Each pup’s tail-set is unique. When you see a group of Akita’s tails, very few look the same!

Helen Keller has been credited with bringing the very first Akita to the United States. In 1937, Ms. Keller traveled to Japan where she learned about Hachiko, the famous Akita. She was so impressed, she was offered one from an Akita Police Department. Unfortunately, her pup died at the tender age of 7 months old from distemper. As consolation, she was gifted from Japan another Akita.