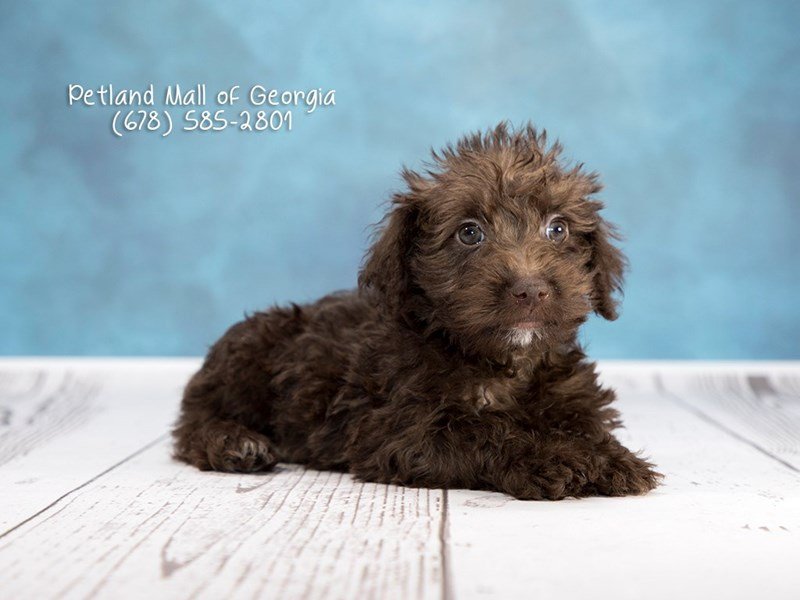 When Schnauzers and Poodles Collide – A Beautiful Mix

Bringing those phenomenal dog breeds together can produce Schnoodle puppies with the absolute best characteristics, while not being headstrong like the Schnauzer or too excitable like the Poodle. If you’ve been reading our previous blog posts, then you already know that we have these perfect pooches right here at Petland. As if you need more reasons to decide, we’re highlighting some other fantastic facts about Schnoodle puppies. Continue reading to experience their surrounding hype!

Schnoodle puppies first made their appearance in the 1980s and have consistently been one of the most popular designer breeds, probably because of the various range of shapes and sizes. Poodles are one of the most commonly mixed breeds, if not the most popular. It’s indeed because of the breed’s exceptional intelligence, low shedding, and low dandruff coats. Whatever the case, there’s no denying their good nature and steady temperaments.

Schnoodle puppies are a surefire genetic lottery, because they can be anything! When they are mixed, most commonly it’s the result of the toy or miniature Poodle crossed with the miniature Schnauzer. Consequently, the will weigh anywhere between 10 to 25 pounds. However, some are much larger than this when the standard Poodle and giant Schnauzer is mixed. The coat can be many different colors, including:

Schnoodles puppies are very affectionate dogs that love to be the center of attention. ’Tis true! They are beyond fun loving and most have a range of tricks to pull out of their bags to perform when they feel like the spotlight is not on them. Trust and believe that they’ll grab and maintain it if they feel they are being ignored. Through heredity, they instinctively are known to protect their people and property. They are vigilantly steadfast in this task, sometimes becoming rather noisy guard dogs. Admittedly, Schnoodle puppies and adult dogs can become a nuisance to nearby neighbors with their incessant, high shrieking barks, particularly when they’ve been left alone for prolonged periods of time. It’s recommended that a dog walker be hired or that they’re taken to a  doggy daycare during the day, to prevent such disturbances and to call the Schnoodle puppies’ nerves.

Overwhelming, most Schnoodles are exceptionally intelligent dogs and easy to train. As we previously mentioned, they will pull tricks out and follow commands as part of their one-man-show! They aren’t particularly treat motivated. They will follow commands…just because!

Honestly, we can’t sing their praises enough! We implore you to come into either of our Petland locations and purchase one or two Schnoodle puppies, because we truly believe it’s a decision you will cherish many times over! Should you have any questions, just ask us and we’ll supply you the answers.