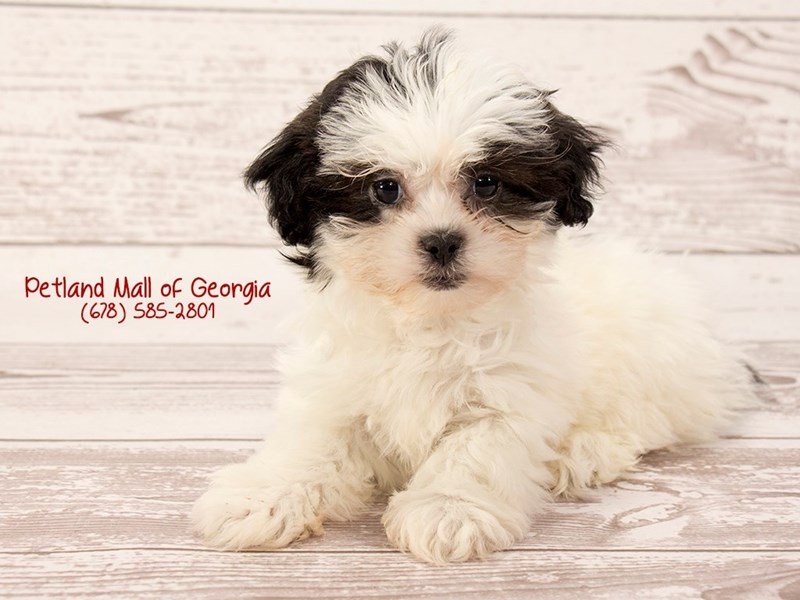 Home / Blog / Dogs / What Time is It? Petland Says it’s Time for a Teddy Bear Dog!

What Time is It? Petland Says it’s Time for a Teddy Bear Dog!

The teddy bear dog breed is a relatively new type of dogs that was first discovered and introduced in 2000.

These designer dogs consist of and is commonly known as the Zuchon or Suchon, which is a cross breed between the Bichon Frise and Shih Tzu. Now, although this is the “technical” definition of the teddy bear dog breed, the name has become synonymous with the hybrid mix of Shih Tzus, Cocker Spaniels, Bichon Frise, Toy Poodles, Daschunds, Maltese, Yorkshire Terriers, and Schnauzers. Regardless of the mix, most of these dogs share the same friendly, sweet, playful dispositions. Their weights range from 11 – 20 pounds.  Their coats are fluffy, soft, and shed very little.  We’ll highlight three of the most commonly known teddy bear dogs.

Zuchon They’re also known as Shichon, or Tzu Frise, which is the namesake for the teddy bear dog breed. It was coined because of their small size, fluffy coat, large eyes, and general resemblance to a stuffed teddy bear. The Zuchon can be as large as 20 pounds, however they usually weigh between 11 – 15 pounds. Malshi This is one of the most popular mixes. They are the crossbreed between a Maltese and a Shi Tzu and are usually on the smaller side of the teddy bear dog breed, weighing between 9 – 12 pounds.  Physically, this adorable bundle has large deep set eyes, floppy big ears, and the “smooshed face” of the Shih Tzu. Pomeranian Pom Pom, as it’s also called, is the smallest of the teddy bear dog breed. They typically weigh between 5 to 7 pounds and their standing height measure 5 to 11 inches. They originated in Germany and were the royal lapdog. Pomeranians have an extravagant double coat that absolutely requires regular brushing. Professional grooming will keep its extremely fluffy coat looking its best. They are family friendly, however they can be a bit jealous and sometimes aggressive towards other dogs. With the proper care, diet, and light exercise they can live up to 16 years!