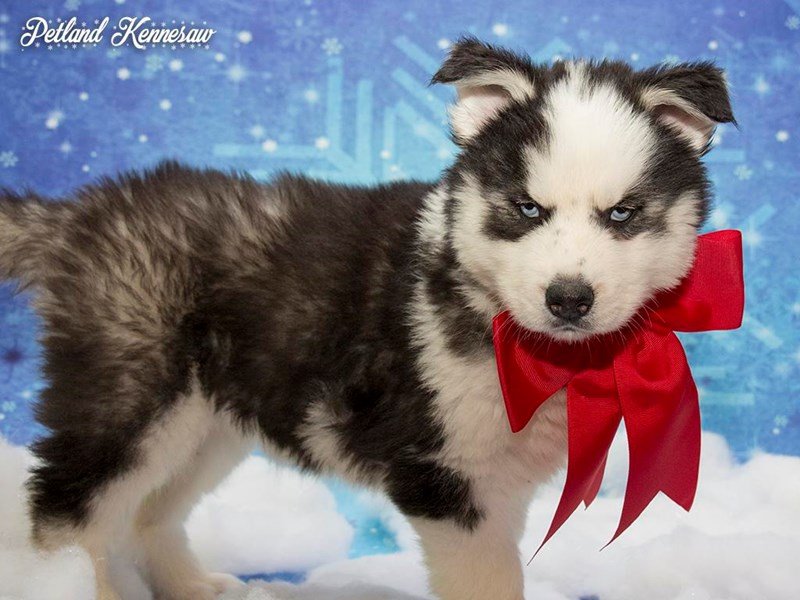 The Siberian Husky – Cool Facts About this Majestic Breed!

Baby, it’s cold outside, so what better time to have our breed blog about the Siberian Husky? We may think the weather outside is frightful, but Huskies love this time of year and we want to give you some very interesting facts about this snow-loving breed! Petland always has Siberian Husky puppies for sale, check them out on our available puppies page!

The Siberian Husky is believed to be the closest breed of dog to the original Chukchi dogs. The Chukchi dogs belonged to the semi-nomadic Chukchi people of Siberia about 3,000 years ago, who sought to breed the ideal sled dogs. They wanted a breed of dog that had the endurance to run a hundred miles a day, extremely high tolerance for cold and be able to carry heavy cargo on very little food and warmth.

Staying true to what they were bred for, Huskies often run long distances on very little food. But if a human attempted this, our bodies would start to use glycogen and fat stores, which would fatigue the body quickly. However, Huskies can burn through calories and never touch these stores, regulating their metabolism and avoiding fatigue. Humans just have no idea how they do it! “Before the race, the dogs’ metabolic makeup is similar to humans. Then suddenly they throw a switch—we don’t know what it is yet—that reverses all of that,” animal exercise researcher Dr. Michael S. Davis told the New York Times. “In a 24-hour period, they go back to the same type of metabolic baseline you see in resting subjects. But it’s while they are running 100 miles a day.”

Huskies have what’s called a double coat and it is uniquely suited for their origins in frozen Siberia. The undercoat is very short and keeps the body warm and insulated, while the overcoat is very long and water-resistant. Even their eyes are suited for winter tundra! Because of their almond shape, they can squint to keep out snow and ice, but still see where they are going. The piercing blue that you see so often is not, in fact, due to any gene malfunction like in all other dogs with blue eyes, but unique to Huskies alone. And their color patterns are some of the most beautiful of any dog breed and arguably one of the most identifiable! We certainly hoped you enjoyed these interesting facts about the Siberian Husky, we certainly did! Make sure you keep warm out there, you don’t have all the advantages the Husky has when dealing with freezing weather!