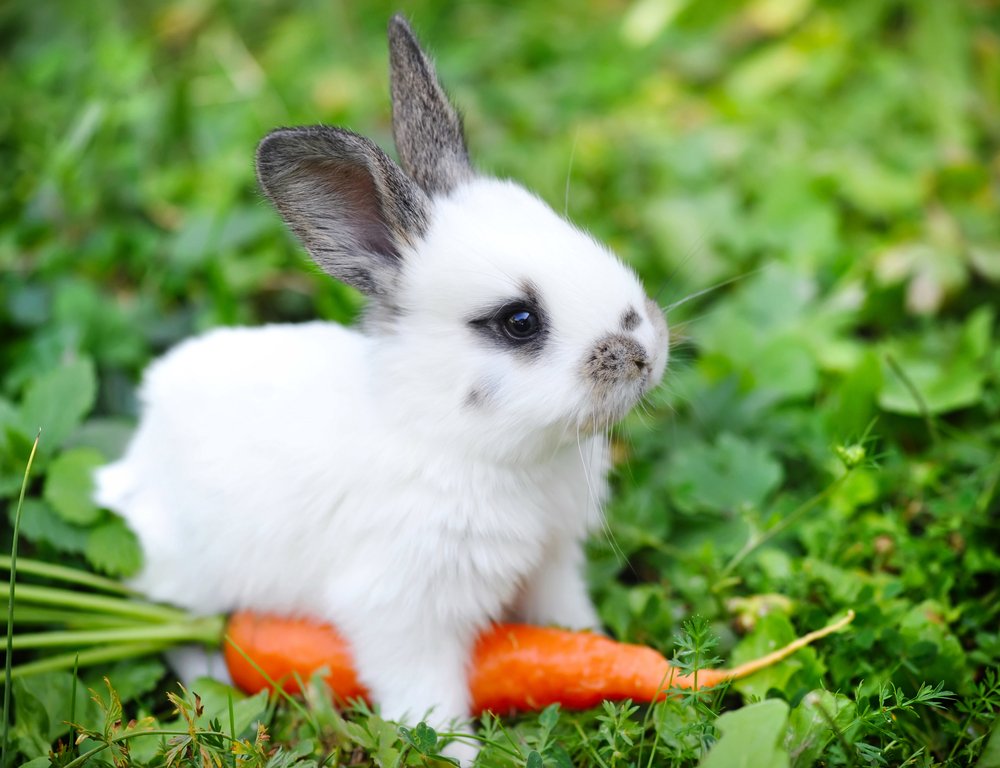 I know sometimes it seems like we focus on puppies (because they’re just so darn cute!), but on these next two blog posts I want to really dive into the world of owning a different kind of four-legged furry friend…the pet bunny rabbit! First, we are going to go over the different pet bunny breeds that we carry at Petland Mall of Georgia and which one might be best for your family! Here we go:

As a miniature version of the Rex rabbit, the Mini Rex has risen in popularity. With a sweet personality, and fur described as “living velvet,” the Mini Rex makes a great pet bunny. Its famous fur is dense, plush and very soft to the touch. Colors include black, gray, brown or white. The pattern could also be splotched, or one solidly colored fur.

Lionhead rabbits are small and fluffy, reaching only about 4 pounds in weight. Their petite size and soft fur make them a popular choice as a “pocket pet.” They are aptly named due to the lionlike manes that surround their faces. Lionhead rabbits can have either a single or double mane, with the double mane extending to a long, wool skirt around the rear. These rabbits have a gentle disposition, and are willing to play. They can be skittish, but handling from an early age should counteract that.

The English lop is instantly recognizable from its very long, floppy ears. Similar to its droopy ears, its body is long and lean. It is one of the oldest breeds of domesticated rabbits, and the first lop rabbit developed by humans. Its pleasant and playful disposition make the English lop a popular choice for a pet bunny rabbit. It enjoys playing and exploring, but can be easily startled. Care should be taken when handling this breed.

Dutch rabbits, native to Holland, are one of the oldest domesticated rabbit breeds. They are also a common sight in rabbit shows. This breed is distinguished by its white fur on the face, shoulders, neck and feet. The remaining fur could be black, brown, blue or tortoiseshell in color. Their serene and laid-back personalities make them a great pet choice for children at least 10 years old. This breed thrives on human interaction, so playing with them should be a daily activity.

The Netherland dwarf rabbit is one of the smallest rabbit breeds. Their fur ranges in color and patterns, and they normally weigh around 2 pounds. They have extremely short ears and short fur coats. This breed is another one seen in rabbit shows, but it also makes an excellent choice for a family pet bunny. They are happiest in pairs, so two are better than one in the case of Netherland dwarf rabbits.