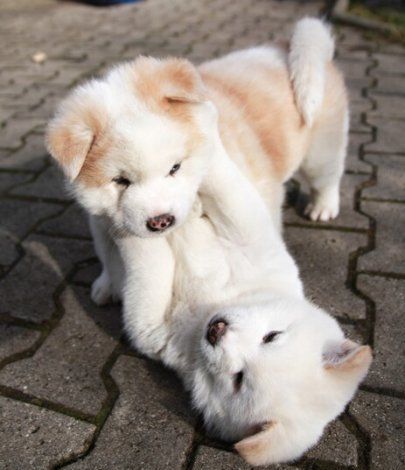 A Royal and Rich History

The Akita is a well known, powerful, and strong breed – so much so it’s a national monument in its native country of Japan. They were so revered that they were exclusively owned by the Imperial family. Feeding and caring for Akita puppies was no small feat. Rituals and ceremonies were involved to include lavish leashes which doubled as status standings for the Akita puppy and its owner. Did you know that back in the day when kids were born, a Japanese family would be gifted a small statue of an Akita, signifying health, happiness, and a long life? They signified spirituality with the Akita.

The Akita is a bold, powerful, and protective dog. He is extremely devoted to his family, especially children. He thrives most as an integral family member, which is why he shouldn’t be relegated to being an outside dog, despite their love for the snow. The Akita will instinctively guard their owner’s home, which is one of the reasons they require extensive training. Early and frequent socialization are essential for Akita puppies. Try using positive exposure to various people, places, and things, both at home and in public. They are pretty aloof toward strangers and can be aggressive toward unknown dogs.

Akita puppies to adult dogs will require daily exercise. They’ll be happy with a good daily walk or jog, for 30 – 45 minutes. They aren’t known to be a particularly hyperactive dog breed, however they can both climb and dig! If feasible, secure them in a six foot fenced in area when they’re outdoors.

Before the Akita received its official breed name, they were commonly referred to as “snow country dogs.” Akita puppies were bred in snowy, rural, mountainous regions in Japan named Akita and Odate. They served as bear hunters and guard dogs, so their thick double coats protected them from the elements. What’s really neat is that their undercoat is thicker, softer, and shorter than the outer coat. Conversely, their outer coat is really straight and harsh and stands kinda “off the body” thus making them waterproof! Furthermore, it helps to keep ice and snow off of the Akita puppy, while keeping it insulated and warm.

Add an Akita puppy to your family if you want…