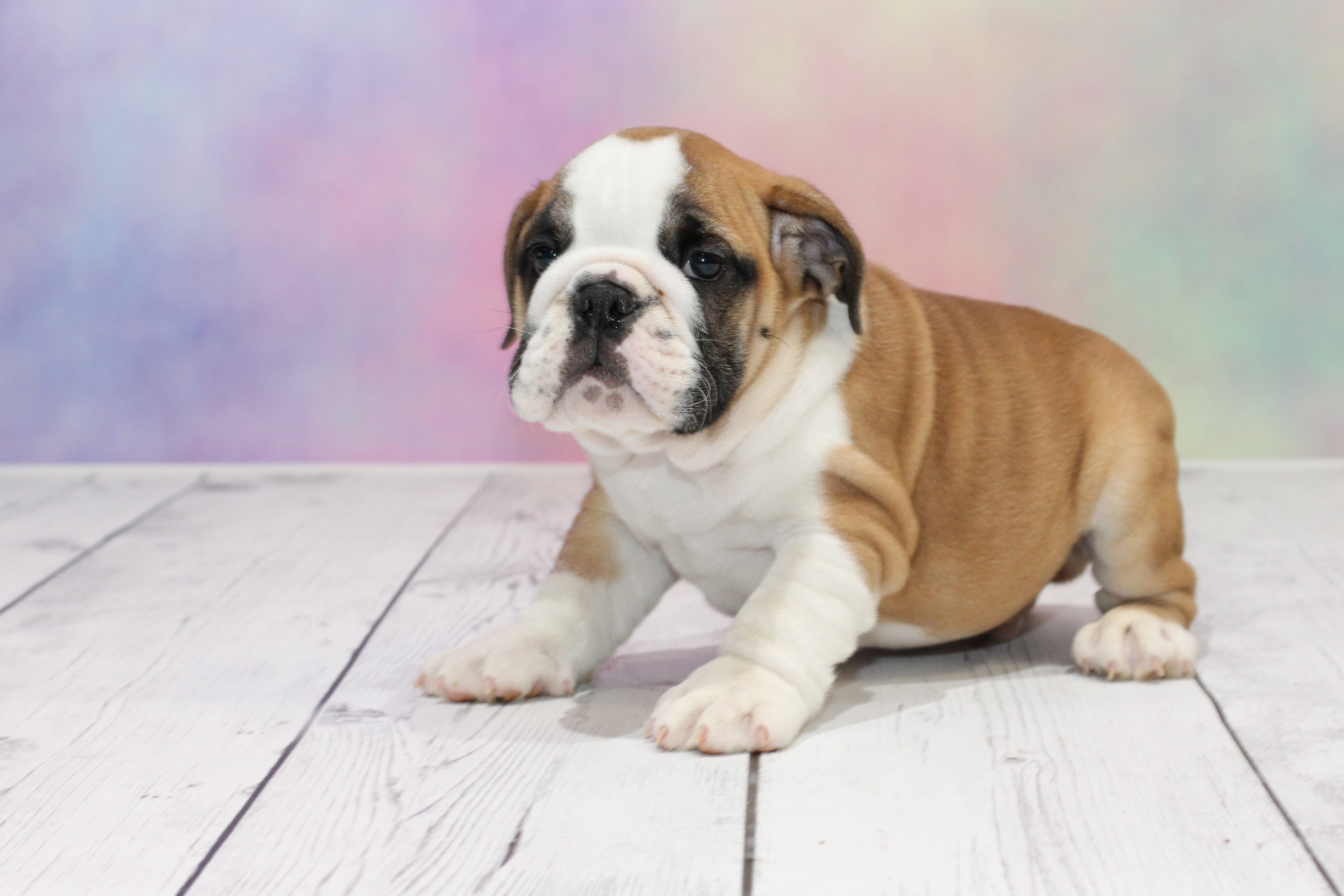 Home / Blog / Dogs / English Bulldog Puppies for Sale, Do Yourself a Favor and Get One of These Loyal Pups!

English Bulldog Puppies for Sale, Do Yourself a Favor and Get One of These Loyal Pups!

If you are thinking of responding to an English Bulldog puppies for sale ad then it’s best to be informed. The bulldog is one of the most popular dog breeds of all time and of all breeds, the English Bulldog is the most favorite. This breed is a mix of a Boston Terrier and a bulldog and therefore it is called a hybrid dog. An English Bulldog has the characteristic bulldog folds found beneath the nose and lips, an underbite and a box-like body and may be smaller than most bulldog breeds. Petland Mall of Georgia always has English bulldog puppies for sale, check them out right here!

What makes an English Bulldog a great pet?

Before getting an English Bulldog, here’s what you should remember

A lot of dog lovers prefer an English Bulldog for a pet because of its sweet and friendly attitude. But before you fall into its charming ways and look for English Bulldog puppies for sale ads online, you must understand that there are also disadvantages of owning this breed. The English Bulldog may not be a good watchdog. Don’t plan on leaving your home with this breed as your security since it will not bark or alert anyone that there is an intruder. Despite its looks, it will not resist when an intruder tries to force into your home. If you are looking forward to spend time walking, running or playing outdoors with your English Bulldog then you might reconsider. This dog prefers to stay indoors and to just lie around. This is one of the reasons it is preferred by people living in a small space or in an apartment. It cannot tolerate severe cold or warmth and thus must stay indoors most of the time. So, is this breed still tugging at your heartstrings? Then this could be the one for you so answer that English Bulldog puppies for sale ad now.