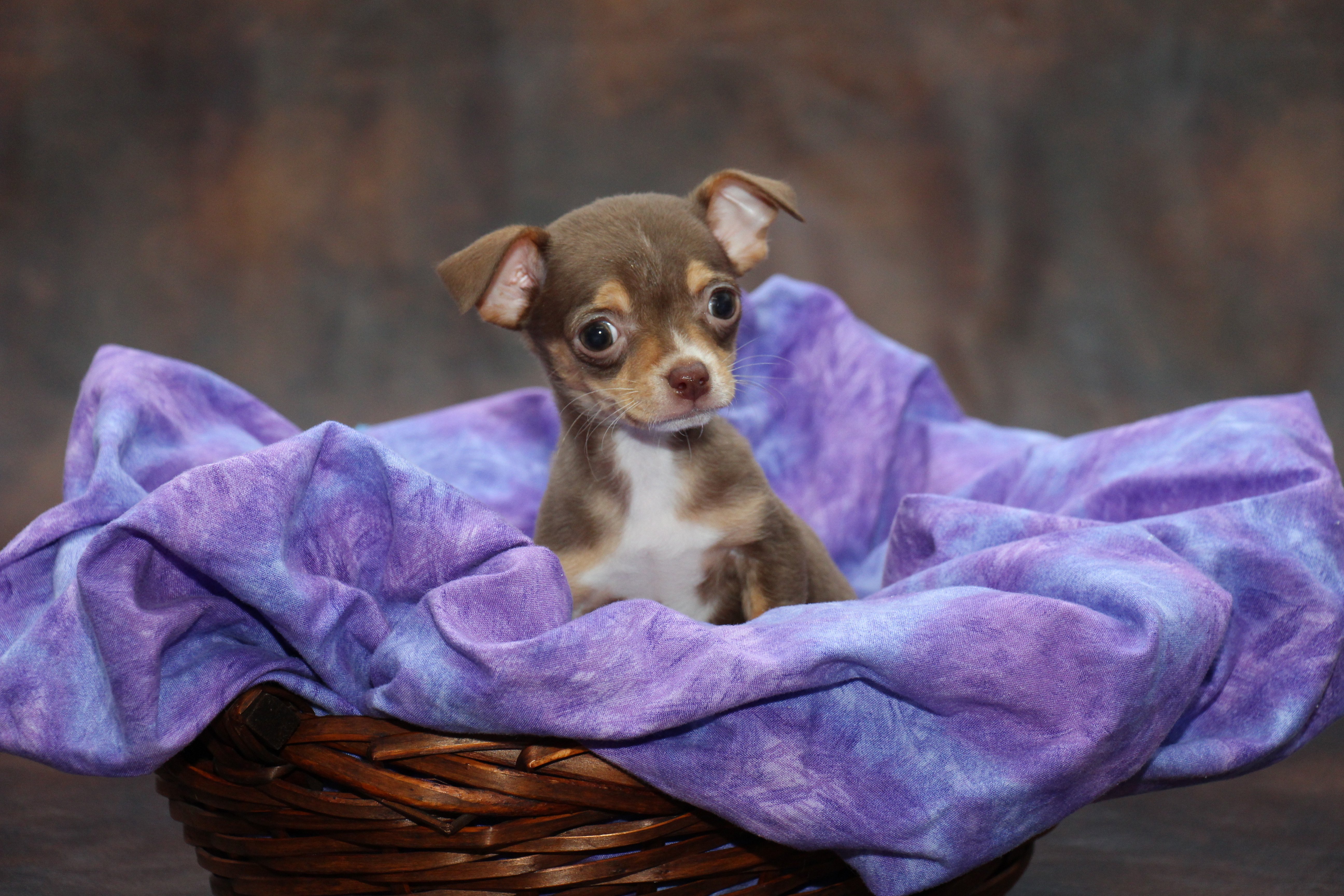 The Fiesty Chihuahua – Interesting Facts about this Saucy Pup!

This breed of dog is one of the most recognizable, due to its starring roles in Taco Bell commercials, movies like Legally Blonde and Geico commercials. But no matter what, this feisty little breed can make quite an impression on people! With famous past owners, such as Marilyn Monroe, it’s no wonder why this breed is one of America’s favorites! Read along to find out more about the Chihuahua! Petland always has Chihuahua puppies for sale!

The Chihuahua is actually the oldest dog breed from North America. Their ancestry can be traced back to the Techichi breed in ninth-century Mexico. The Techichi dogs were revered as mystically powerful by the Aztec and Toltec cultures where they were kept as pets. They still carry the name of the state in Mexico where these cultures flourished, the State of Chihuahua.

The Chihuahua actually holds the Guinness World Record for smallest dog breed. Miracle Millie, the record holder, is a diminutive 3.8 inches tall and was born in 2013. While most Chihuahuas never get close to being that tiny, the Chihuahua is one of the smallest dog breeds. Because of their size and that the breed has no inherent health problems, they tend to live longer than any other dog breed.

The Chihuahua was one of the first breeds to be registered with the AKC back in 1904. They actually have the widest variety of colors and markings acceptable to the AKC in show rings and are split into two groups, smooth-coat (shorthaired) and long-coat. Despite the Chihuahua’s long history with the AKC, the breed has never won a Best in Show at Westminster. Well, there’s always next year!

It’s true, folks! Relative to their bodies, the Chihuahua has the biggest brain in the dog world! Because of this, they tend to be quick-witted and very easy to train. However, that big brain sometimes causes them to have a willful personality and they need a firm hand in housebreaking. And as dogs of the desert, they are not happy with going out in the cold or the rain. But really, who does want to go out when it’s cold and rainy?